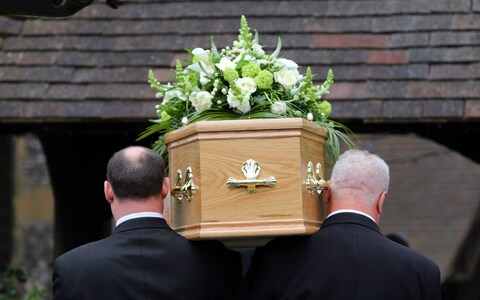 If I lead a funeral (which is much rarer than I used to do), a common response is:

‘I couldn’t do what you do’

In my head I’m saying ‘I think you could; I think anyone could, given time and training: what I do is nothing special’. This is what I attempt to do: others will have different ways:-

You have to learn to listen; really listen when people tell you about the person who died. listen to what they say and what they don’t say (this is sometimes more important). You learn to watch body language and try and ‘read beneath’. Often, you let the silence of grief go on and don’t jump in.

If there is a specific request that you don’t understand or is out of your comfort zone, you have to practice taking a deep breath and avoiding a reflex ‘No’: it isn’t your funeral, you are not in command, you are honouring them. A ‘No’ from a minister/celebrant is remembered for years: in some families for several generations. That ‘No’ often seems to come from being unsure and not being able to cope with being unsure; sometimes though, it seems to come from a misplaced sense of power.

Then you go away and do nothing on the funeral for at least a day (ideally- but I’ve evolved this pattern as even at my peak, I only did 30-35 funerals a year); you let your subconscious do the work- you think, you pray and you see what happens. Eventually you write, preferably in a couple of sittings: this is going to be precious to those who hear it- you may make mistakes, but you try not to. Avoid euphemisms: yes it is important to celebrate and give thanks, but ‘they are not gone from us’, ‘gone to a better place’ or ‘no longer with us’; ‘they have died’.

You are human. This is obvious; but from some of the stories I’ve heard some people forget that. This can never be just a job; reading out a script with no inflexion, trace of humour, sadness, warmth etc comes across that it is just a job. Some measure of the grief always hits you; sometimes obviously and when you are not expecting it -you try not to show it- it isn’t about you.

And ultimately, this is not about you: this is not ‘your’ funeral. You have to fade away and the person who has died and the people that their story was intertwined with become the centrepiece. You have to be so sure of ‘you’ that you don’t need any applause or acclaim.

You could do what I do; more accurately-you could do it in your own way.